I'm actually in the process of selecting a contractor and shopping building materials for the new garage to be - hopefully - build later this summer. I've secured the municipal authorization and permit thus the project can move forward.

I've had a few discussions with Jérôme about the subject of the new layout. Simon Dunkley's recent comments are also similar in substance. In fact, everytime I bring out the subject of Temiscouata I meet a lot of enthusiasm. No wonder, Connors is the epitome of North American steam branchline that could be found anywhere and it can be easily turned into a fine layout.

A few months ago, I had a similar discussion on Big Blue Trains forum and on my other blog (Quebec South Shore Railway) .

To give some tooth to the discussion, I made a crude mock up that was used to see if a switching layout was feasible. 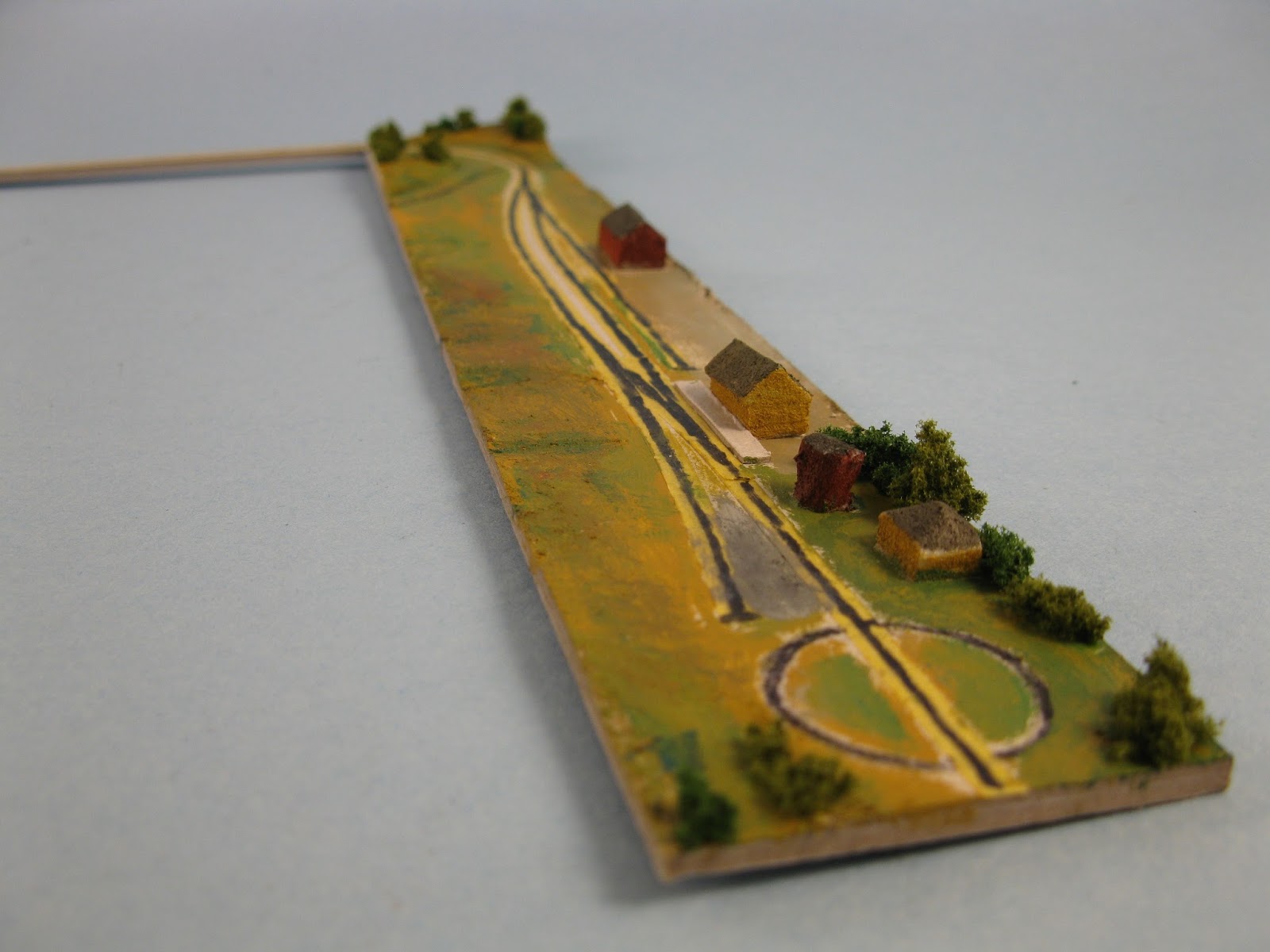 I've explored many possibilities, but so far, the Connors Branch fit the space without having to bang my head on the walls for months trying to fit things I want.

Trevor Marshall was kind enough to send me very interesting information that comfort the idea Temiscouata can be turned into an Achiveable Layout (I just love that expression!).

In fact, I now have photographic evidence about the small flag stop that existed at Pelletier Mills (Little River Mills). And this is very interesting because that location served a saw mill, had a siding and a small station.

It means the layout would be a compression of the line, but a rendition of the last two stops on the branch. No need for psychological shortcuts. What you see is the real last few miles of the run.

I've made a very crude track plan based on these two locations. 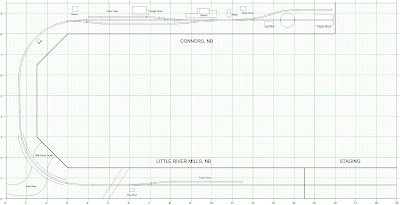 Posted by Matthieu Lachance at 2:46 PM